Northern Lights, rugged mountains, heavy winds and challenging weather are the most common keywords related to Northern Norway. But did you know about the picturesque beaches? Some of them even look tropical (it's true!). White sand beaches with crystal clear water aren't what most people think of when talking about Arctic Norway. Yet, they are some of the most scenic destinations in the north. While it might not be as pleasurable to go swimming there as on a tropical island, many dive into the water during the summer (how about swimming in the arctic under the midnight sun?). However, it's not only during summer that these picturesque beaches are visited; it's just as beautiful during winter when the surrounding peaks are covered in snow and the northern lights are dancing on the sky.

Here are some of our favorite beaches in Northern Norway:

If you're not afraid of a slightly tough 1-hour hike then you can't miss this beach when traveling to Lofoten. About 40 minutes after leaving the parking (if you're taking the main path) you reach the top of the hill and will be treated with a majestic view of the hidden Kvalvika beach. With mountains surrounding it, this sand beach is unlike anything you've seen before. It's also a great place for camping as most people tend to leave in the afternoon. 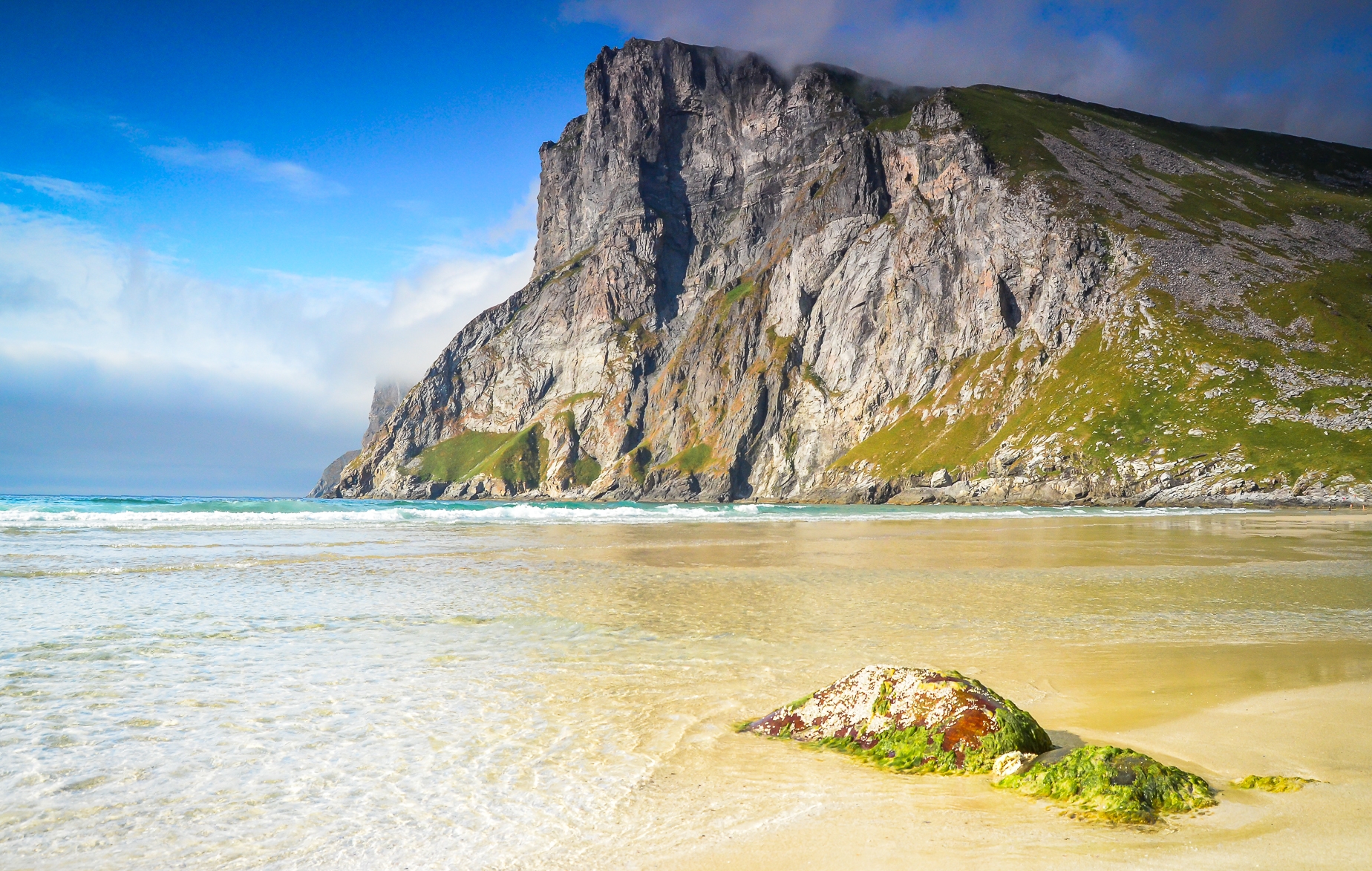 Be aware that the main parking only fits 10-15 cars. Do not attempt to park along the road as police will ticket illegally parked cars.

You might already be familiar with Lofoten's most popular beach, Haukland. The white sand and crystal blue water attracts large amounts of tourists all year around but especially during summer. It's not uncommon to see a few people swim as well.

The beach is also perfect for photographing both sunrise and sunset during the winter season which means you can expect to see it crowded with tripods at times.

If you drive only two minutes further you come to the equally popular Uttakleiv Beach. 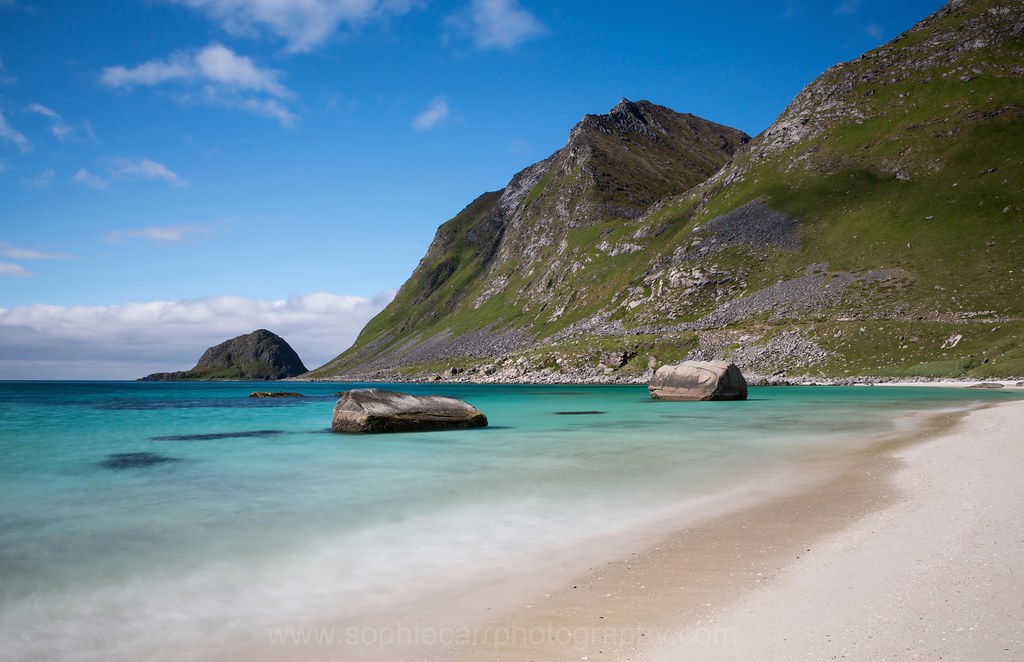 Regardless of the season, Skagsanden is a popular beach on the Lofoten Islands.

It's most known for its fascinating black-sand patterns and at times perfect reflections of the picturesque mountain in the background. Skagsanden has become a popular destination for Aurora Chasers and if you're lucky you might get to see a couple surfers getting into the arctic water as well. 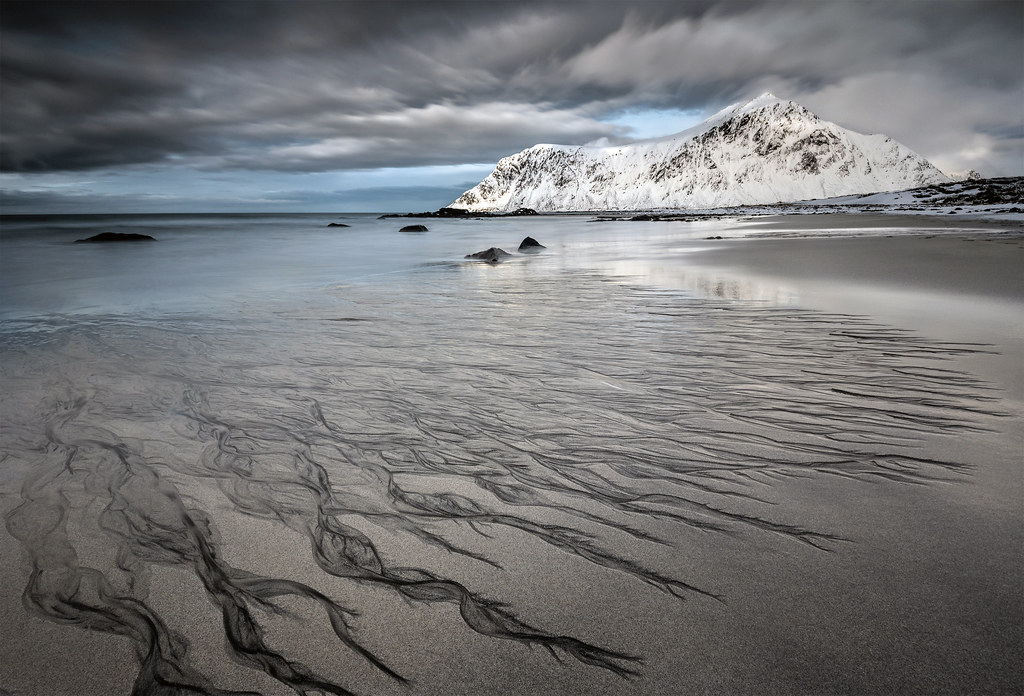